Some things require a change in your perspective for them to make sense. Take this sketch: do you see a duck or a rabbit? 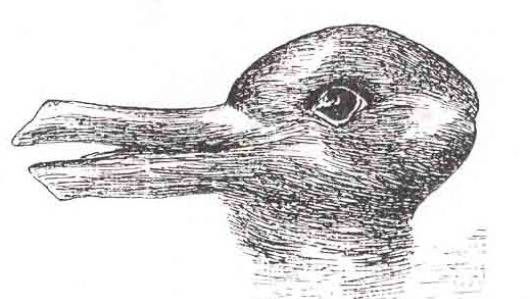 I’m not sure which one you saw first–if you’re like me, you saw the duck, and you couldn’t see the rabbit until you turned your head left and imagined the duck’s beak as the ears. In reality, they’re both there, but unless you change your perspective, you’d probably only be able to see one.

The Kingdom of God is a bit like this optical illusion. Take some of these statements by Jesus and his apostles:

“Blessed are those who are persecuted because of righteousness, for theirs is the kingdom of heaven. Blessed are you when people insult you, persecute you, and falsely say all kinds of evil against you because of me.” Matthew 5:11

“But love your enemies, do good to them, and lend to them without expecting to get anything back.” Luke 6:35

“Do not be afraid, little flock, for your Father has been pleased to give you the kingdom. Sell your possessions and give to the poor. Provide purses for yourselves that will not wear out, a treasure in heaven that will never fail, where no thief comes near and no moth destroys.” Luke 12:32-33

Depending on your perspective, these statements may look naive, idealistic, unrealistic or downright irresponsible. But there’s a different way of seeing these same statements. Viewed in the light of Jesus’ crucifixion and resurrection, these same crazy statements make sense–in fact, they’re the only thing that makes sense. Yet the shift from the first perspective to the second doesn’t require a simple head tilt like our optical illusion above. It requires a total change in the things we value and our narrative of what success looks like. That’s why Jesus said “No one can see the Kingdom of God unless they are born from above” (John 3:3).1

Here’s the main thing I want you to get from this post: the Kingdom of God operates by a different paradigm than the one we’re used to. We should not expect that it will make sense if we view it with the world’s paradigm. As soon as we do, we’ve missed it. The freedom that is offered to those in the Kingdom of God–from sin and the fear of death–is no longer available to us because we refuse to adopt the paradigm that is a prerequisite to entering.

What is this different paradigm? What are its key elements? First and foremost, it’s a paradigm that’s shaped and defined by the crucifixion and resurrection of Jesus. When the religious leaders of Jesus’ day saw him crucified, they taunted him to prove he was the Messiah by coming down from the cross. They thought the Messiah would come with great power, destroying the enemies of Israel in military conquest. They were partially correct; the Messiah did come with power. But that power was manifested in a very different way than they thought it would be:

When you were dead in your sins and in the uncircumcision of your flesh, God made you alive with Christ. He forgave us all our sins, having canceled the charge of our legal indebtedness, which stood against us and condemned us; he has taken it away, nailing it to the cross. And having disarmed the powers and authorities, he made a public spectacle of them, triumphing over them by the cross. Colossians 2:13-15

For Jesus, the road to triumph is marked not by the use of force to dominate but instead by humble, selfless, sacrificial love. And he isn’t an anomaly; rather, he is an example for all those who embrace the Kingdom of God.

And being found in appearance as a man, he humbled himself by becoming obedient to death–even death on a cross! Therefore God exalted him to the highest place and gave him the name that is above every name… Philippians 2:8-9

All of you, clothe yourselves with humility toward one another, because ‘God opposes the proud but shows favor to the humble.’ Humble yourselves, therefore, under God’s mighty hand, that he may lift you up in due time. 1 Peter 5:5-6

Let us embrace the same road to victory that Jesus walked: the road of the cross.