In a previous post, I introduced the question “How should we imitate Jesus”?. There are several ways we’re called to do so, but we’re going to start by looking at how we’re called to imitating Jesus in suffering. As Jesus-like qualities go, this is a pretty intense one, and one that isn’t going to make much, if any, sense unless you’re coming at it from the right perspective. If you haven’t yet, I’d recommend you take a look at my post entitled “aliens for Jesus”. In that post, I discuss the key concept of citizenship that permeates who Jesus is and what he taught.

Let’s start our discussion with the key passage that answers our initial question: “How should we imitate Jesus?” Peter spends a lot of time talking about suffering in his first letter, but let’s jump to the part where he answers this question:

Submit yourselves for the Lord’s sake to every human authority: whether to the emperor, as the supreme authority, or to governors, who are sent by him to punish those who do wrong and to commend those who do right. For it is God’s will that by doing good you should silence the ignorant talk of foolish people. Live as free people, but do not use your freedom as a cover-up for evil; live as God’s slaves. Show proper respect to everyone, love the family of believers, fear God, honor the emperor.

Slaves, in reverent fear of God submit yourselves to your masters, not only to those who are good and considerate, but also to those who are harsh. For it is commendable if someone bears up under the pain of unjust suffering because they are conscious of God. But how is it to your credit if you receive a beating for doing wrong and endure it? But if you suffer for doing good and you endure it, this is commendable before God. To this you were called, because Christ suffered for you, leaving you an example, that you should follow in his steps.

“He committed no sin, and no deceit was found in his mouth.”

When they hurled their insults at him, he did not retaliate; when he suffered, he made no threats. Instead, he entrusted himself to him who judges justly. “He himself bore our sins” in his body on the cross, so that we might die to sins and live for righteousness; “by his wounds you have been healed.” 1 Peter 2:13-24

Peter begins by laying out this principle of submission. Every Christian is called to submit themselves “for the Lord’s sake” to the governing authorities. Why? Because in doing good, we live lives that represent who God is (cf. 1 Peter 1:13-15, 2:11-12).

After establishing these general principles, he specifically addresses slaves. And here he says something that can grate at our ears: he says that slaves should submit themselves to their masters even when their masters are harsh. 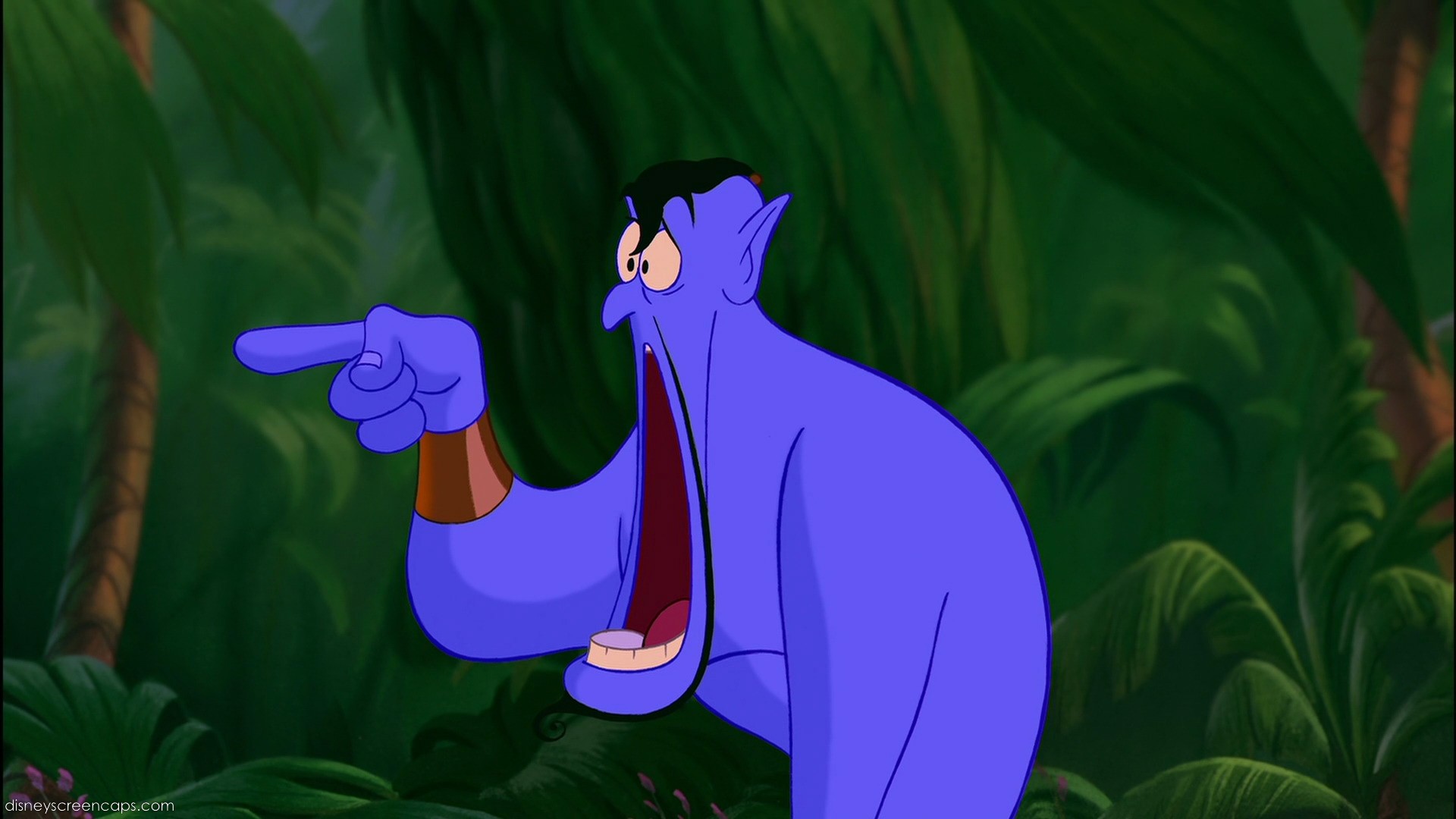 Why would Peter ever say such a thing? The reason is simple. Rather than defending our rights, God wants us to display His righteousness. Jesus’ response to persecution and suffering wasn’t a beautiful story to be admired, but a playbook to be lived by. Through his actions, Jesus prohibits retaliation. He closes the door to revenge. He looks to God as the giver of true and final justice rather than seeking to mete it out himself.

Is this call to suffer for doing good another way of advocating passiveness or the status quo? Not at all! When you look at other places in scripture where these same ideas are discussed (Matthew 5:38-48, Romans 12:9-21), you see that we are not called to passivity but to loving actions that provoke a response and expose injustice. But rather than look at those scriptures now, let’s look at how Jesus embodied these principles on his last night–the very night that Peter wants us to think of when he holds up Jesus as an example:

Meanwhile, the high priest questioned Jesus about his disciples and his teaching.

“I have spoken openly to the world,” Jesus replied. “I always taught in synagogues or at the temple, where all the Jews come together. I said nothing in secret. Why question me? Ask those who heard me. Surely they know what I said.”

When Jesus said this, one of the officials nearby slapped him in the face. “Is this the way you answer the high priest?” he demanded.

“If I said something wrong,” Jesus replied, “testify as to what is wrong. But if I spoke the truth, why did you strike me?” Then Annas sent him bound to Caiaphas the high priest. John 18:19-24

And then later, with Pilate:

Pilate then went back inside the palace, summoned Jesus and asked him, “Are you the king of the Jews?”

“Is that your own idea,” Jesus asked, “or did others talk to you about me?”

“Am I a Jew?” Pilate replied. “Your own people and chief priests handed you over to me. What is it you have done?”

Jesus said, “My kingdom is not of this world. If it were, my servants would fight to prevent my arrest by the Jewish leaders. But now my kingdom is from another place.”

Jesus answered, “You say that I am a king. In fact, the reason I was born and came into the world is to testify to the truth. Everyone on the side of truth listens to me.”

We don’t have the time to examine these passages in detail. But when you read them, what do you see? Do you see a picture of a timid, passive individual, cowering before the authorities? Or do you see a man filled with confidence and determination, courageous enough to speak the truth and call out evil when he sees it? Do you see Jesus’ actions as an example of lost potential, a warning to others who refuse to let wisdom trump idealism? Or do you see an individual so totally convinced in his citizenship in another world that he lacks the fear that permeates ours?

Responding to suffering and persecution the way Jesus did is a radical idea. But it is not a new one. For over 300 years, the church embraced these commands wholeheartedly. They speak with one voice a message that is too often missed today:

Clement of Alexandria (195 AD): “Christians are not allowed to use violence to correct the delinquencies of sins.”

Origen (248 AD): “We revile no one, for we believe that ‘revilers will not inherit the kingdom of God.’ And we read, ‘bless them that curse you; bless, and do not curse.’”

Theonas of Alexandria (300 AD): “Do no one any injury at any time; provoke no one to anger. If an injury is done to you, look to Jesus Christ. And even as you desire Him to forgive your transgressions, also forgive others theirs.”

Lactantius (304-313 AD): “Religion is to be defended–not by putting to death–but by dying. Not by cruelty, but by patient endurance. Not by guilt, but by good faith. For the former belongs to evil, but the latter to the good. … For if you wish to defend religion by bloodshed, tortures, and guilt, it will no longer be defended. Rather it will be polluted and profaned. … And, therefore, when we suffer such impious things, we do not resist even in word. Rather, we leave vengeance to God. We do not act as those persons who would have it appear that they are defenders of their gods, who rage without restraint against those who do not worship them.”

Let us imitate Jesus in his suffering and live out this call: “So then, those who suffer according to God’s will should commit themselves to their faithful Creator and continue to do good.” (1 Peter 4:19)

The quotes from the early Christians come from the entries on martyrdom and nonresistance found in the “Dictionary of Early Christian Beliefs” by David Bercot.

If you are interested in exploring these ideas further, I would recommend (1) Reading 1 Peter in its entirety in one sitting, (2) this debate on the concept of just war and nonresistance, (3) this lesson by Doug Jacoby on the subject of nonresistance, and (4) this talk by Pablo Yoder, a man who embodied the command to love his enemies even when facing armed robbery in Nicaragua over 40 times.